Its nearly Spring….. A Time of Hope 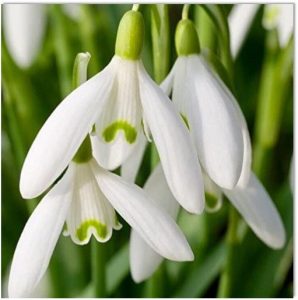 As the evenings lengthen and new signs of life appear in our gardens, we welcome a new spring. The following ancient story tells how the simple spring air can refresh and indeed heal;

“The King needs daintier food,” said the Court Cook, so he served broiled peacock on toast, and pomegranates and cream, and wild honey, and cheese-cakes as light as feathers, and a sponge cake made with the eggs of a bantam hen. But the King would eat none of them.

“The King needs medicine,” said the Court Physician, so he searched the countryside for growing things and he brewed rose-leaf tea, and he made a potion of everlasting flowers mixed with rosemary, and he distilled wild honeysuckle with dew gathered at sunrise, but the King would drink none of these.

“Perhaps music would divert the King,” suggested the Court Wise Man. “It might make him forget whatever is troubling him.” Immediately the palace was filled with music, some of it very beautiful and all of it played by very famous people. But at the end the King was still weak and sorrowful. A harpist from a far country came and played music that sounded like the mighty wind on high mountain tops and the rushing flow of great mountain streams. But the King only thanked the harpist and requested that he be paid for his pains and his journey and go back to his home. Later, there came a trumpeter who gave great battle calls on his trumpet, but the King covered his ears to shut out the sound and looked more sad than ever because the sound of the trumpet gave him a headache.

So it seemed as if not even music would make the King well, and no one knew what to do

Gladheart was the little boy who tended sheep in the valley. He was the youngest of five brothers, and there was little room and less food for them in their father’s house. But Gladheart had been given his name because he always smiled over a crust of bread, even when he was a baby. Now that he was a little lad of ten with a great flock of ewes and lambs to tend and drive through sun and storm, he had smiles and kind words for all, and he played his fiddle all day long until its sweet tunes filled the valley.

“I must go and play before the King,” Gladheart said one day.

“They will only laugh at your small fiddle,” said his brothers, but the eldest said he would tend the sheep for a day, and Gladheart set out for the palace.

“The King will have naught to do with a shepherd lad dressed in goatskin and bearing an old fiddle,” the guards at the door said. But Gladheart touched the strings with the bow and such a blithe tune came forth that the guards opened the door, and Gladheart went inside to play before the King. At first the sight of the King sitting so bent and sorrowful on the throne with a face as frowning and sad as a storm frightened Gladheart. But he took courage and stood as straight as he could in front of the throne, and began to play on the fiddle a tune that he had learned while he was in the fields with his sheep. It was a lovable tune, like a dozen birds and a little wandering wind and the voice of a rippling brook all joined with the sounds of the little earth singers, the bees, the katydids, and the crickets.

As the King listened, his bent shoulders straightened and his face became bright with smiles. He reached out his hands to Gladheart. “I heard that tune once before when I was a boy,” he said. “It makes me well to hear it now. What is it about, lad?”

“It is about the spring, your majesty,” said Gladheart. “It is the song that I learned from the fields when winter was over. If your majesty will come with me to my sheep pasture, you may hear it there every day.

No one could understand why the King was suddenly so well or why he went often to sit with Gladheart and the sheep, but they were all very happy over it. And they gave Gladheart the riches and the honour that they had promised whoever could heal their King.

May you bloom well then today and always. May you shine your light. May you share your love. May you be truly alive in the glory of God’s creation. And may you forever make your Heavenly Father smile.

Do you know what I was, how I lived?

You know what despair is;

Then winter should have meaning for you.

I did not expect to survive, earth suppressing me.

I didn’t expect to waken again,

To feel in damp earth, my body able to respond again,

Remembering after so long how to open again

in the cold light of earliest spring

afraid, yes, but among you again

in the raw wind of the new world.