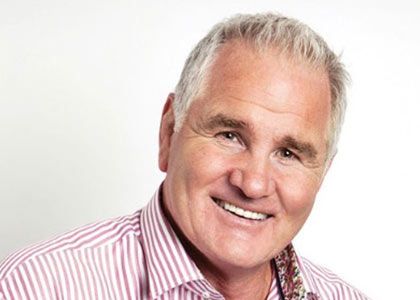 I was moved by Brendan O Connor’s interview with Brent Pope recently. Brent spoke of his reflective-time during the lockdown. He thought of his mother in New Zealand who had gone into a home. He thought of those 30 years in Ireland away from home and family. He realised what he had missed. He spoke of his father. He reminisced on his visits home. Holiday visits are less real – he missed the humdrum of ordinary family life. He spoke of his father’s funeral. He spoke of not having a wife and not giving his family, children. He recalled why he left New Zealand. He was a well-known rugby player and a successful coach. He was paralysed by self-doubt, shyness; lack of confidence; mental health problems. A high-achiever couldn’t admit to such problems in a macho-culture.

He found a niche for himself in Ireland as a rugby pundit on the media and as a businessman. He now spends his time talking to men and helping them to speak about their inner stories.

It was a very moving programme. If such a successful person could be so nervous and riddled with doubt – how many more of us, might admit to feeling much the same? Would that be why many of our intelligent and articulate folk are so reticent in venturing into print? How little we know.

People aren’t only wearing masks these Covid days; we all wear masks. My own view is that the work in a Parish and in the Church, is primarily to give people confidence; to help people believe in themselves; to nurture the gift of God in everyone. We are all John the Baptists. We call out the wonder of God in every person. Mental health seems to be a major concern at present.

What is positive mental health?

Positive mental health is about reaching our potential and feeling like we always have the chance to give everything our best shot. Not just feeling positive, but also getting out there in the big bad world. Positive mental health not only prevents mental ill health, it also leads to greater enjoyment and satisfaction with one’s life.

This is the most important one. The biggest thing you can do to improve your mental health is talk to someone about how you are feeling. A friend, family member or counsellor if needed. You don’t need to feel the way you do and there are lots of people willing to listen. So do your mind a favour and talk.

A teacher teaching math in a class of 6-year-olds asked a boy named Adi.

‘ Adi, if I give you two mangos and another two mangos, how many mangoes will you have?

She was surprised by his reply but she tried again. Now this time she uses her fingers to make him count with her.

This time she gets really annoyed by his answer but she controlled her anger and remembered that his mother once told her that he likes the strawberries. So, she tried this.

She felt relieved that he is back on track. So, again she asked him.

“Now tell me, Adi, If I give you two mangoes and another two mangoes. how many mangoes do you have?”

The teacher outburst in anger ”how can you have five mangoes if I give you four mangoes?”

“teacher, because One mango I have in my bag”.

Complete silence. The teacher calms down and regrets her anger.

Moral of the Story: Two sides to every story. Never judge others.